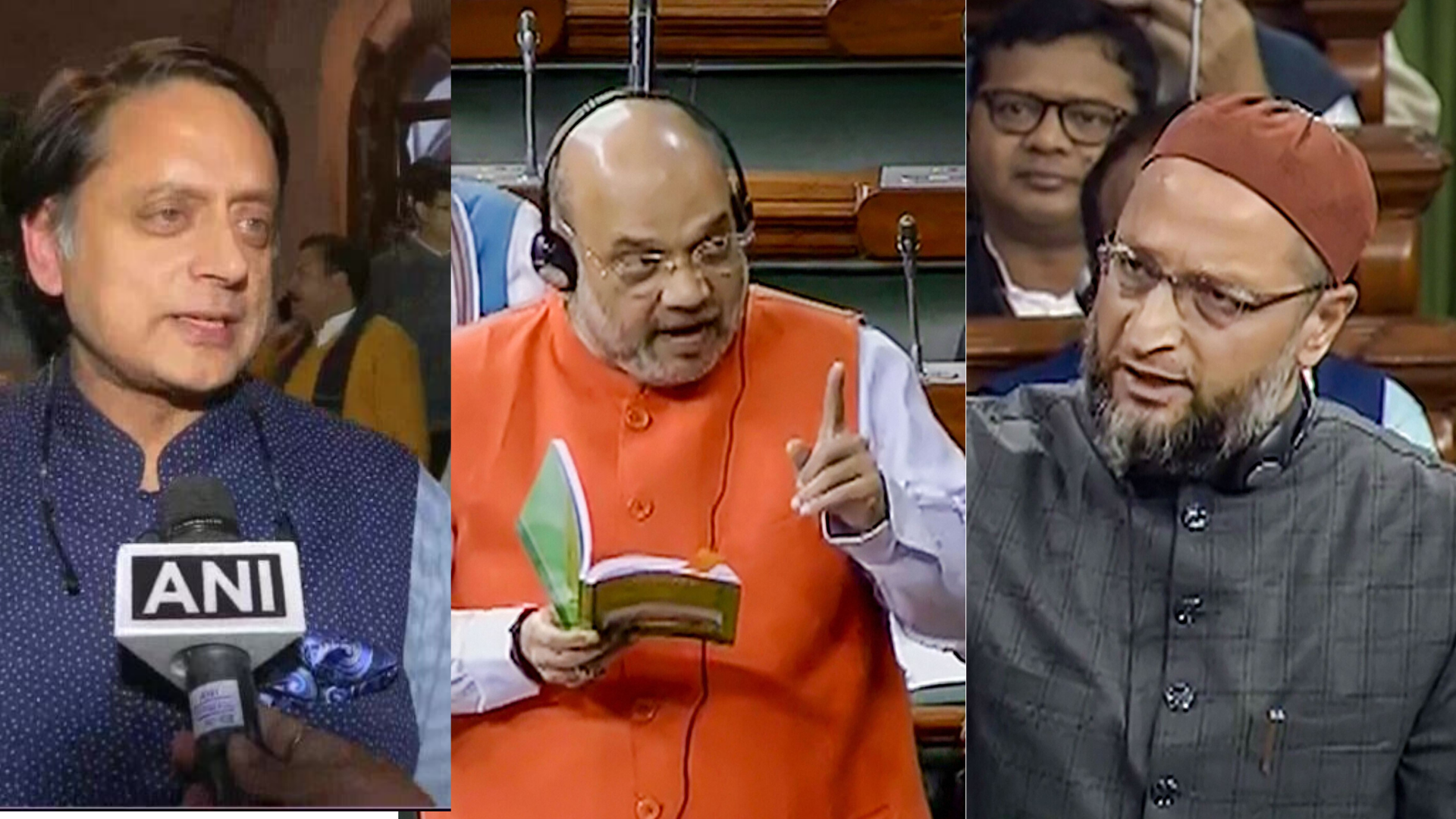 At the stroke of the midnight hour, Lok Sabha passed the Citizenship (Amendment) Bill 2019 on Monday. This was immediately followed by praises by BJP leaders, while members of the Opposition parties called it a “black day.”

The Bill, which was passed in the Lok Sabha with 311 members favouring it and 80 voting against it, will now be tabled in the Rajya Sabha for its nod.

While leaders like Rajnath Singh and Amit Shah rejoiced after it was passed, understandably so, Opposition leaders continued to lash out at the Bill calling it “unconstitutional.”

Minutes after the Bill cleared Lok Sabha, Prime Minister Narendra Modi tweeted expressing his happiness and stating that the Bill is in line with “India’s centuries old ethos of assimilation and belief in humanitarian values.”

Defence Minister Rajnath Singh while speaking to ANI said, “Pakistan, Bangladesh, and Afghanistan all are Islamic states, followers of Islam cannot be persecuted there on basis of religion. This Bill only gives citizenship to those who are persecuted on the basis of religion in these three countries.”

JP Nadda, working President of BJP wrote, “This bill brought by the government has strengthened the spirit of India’s civilization and public welfare.”

Congratulating PM Modi and Shah, BJP leader Shivraj Singh Chouhan tweeted, “The passing of this bill will benefit millions of our brothers and sisters who were being persecuted for years and were facing many kinds of hardships.”

Meanwhile, leaders of the Opposition during the debate in the House stressed on the fact that the Bill is “violative” of the Indian Constitution and “exclusionary” in nature.

Congress leader Shashi Tharoor on passing of the Bill stated, “Today is a black day for our constitution because what happened was unconstitutional. It very clearly targets the Muslim community, it is very shameful.”

He said, “This is dangerous for Assam, we are next door neighbours to Bangladesh. This Bill will adversely affect the culture, heritage, and population structure of the North-East.”

Meanwhile, JD(U) national vice-president Prashant Kishor expressed disappointment over his party supporting the Bill in Lok Sabha, holding that the legislation discriminates against people “on the basis of religion.”

Participating in the debate on the Bill, the party’s leader in the Lok Sabha, Rajiv Ranjan alias Lalan Singh, said on the floor of the House that the JD(U) was supporting the legislation since it was “not against secularism”.

Although the Shiv Sena — the BJP’s ally-turned-rival in Maharashtra — had earlier sent mixed signals on the bill, the party supported it at the end of the day. Sena MP Sanjay Raut had hinted at such an outcome in a tweet posted earlier.

According to the proposed legislation, members of Hindu, Sikh, Buddhist, Jain, Parsi and Christian communities, who have come from Pakistan, Bangladesh and Afghanistan, till 31 December 2014 facing religious persecution there, will not be treated as illegal immigrants but given Indian citizenship.

The Bill will now be tabled in the Rajya Sabha for its nod on Tuesday.