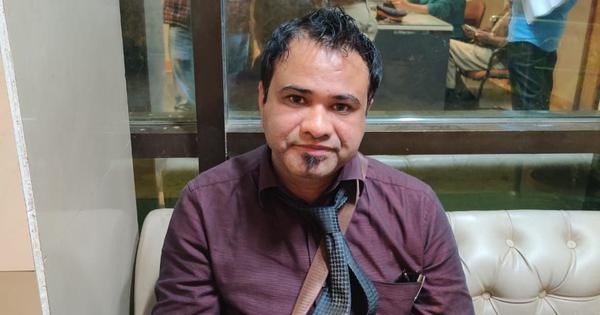 The Bharatiya Janata Party government in Uttar Pradesh on Friday booked Gorakhpur doctor Kafeel Khan under the stringent National Security Act for allegedly making inflammatory comments during a protest against the Citizenship Amendment Act at the Aligarh Muslim University in December, PTI reported.

Khan was arrested by the police on January 29 and granted bail in the case by a court in Aligarh district on Monday. However, he was not been released from the Mathura jail.

The former paediatrician’s brother Adeel Khan said they the family got to know about the Act on Friday morning and Khan will not be released from the jail. “This is simply unacceptable,” he added. “He is being targeted at the behest of the state government.”

Khan allegedly made a provocative speech during an “Open Talk” event at AMU during a protest on December 12. Psephologist Yogendra Yadav was the other speaker at the event.

A first information report was registered under Section 153-A of the Indian Penal Code for promoting enmity between different groups on grounds of religion. “Dr Kafeel said through the Citizenship Amendment Act, ‘we are giving employment in our homes to thieves who are stealing in our neighbourhood’,” the FIR said. “Dr Kafeel said in his speech that Mota bhai [Union Home Minister Amit Shah] teaches us to become Hindu or Muslim but not human beings.” The complaint also alleged that Khan said in his speech that in schools run by the Rashtriya Swayamsevak Sangh, it is taught that “people with beards” are terrorists.

Khan was a paediatrician at the Baba Raghav Das Medical College and Hospital in Gorakhpur, when 63 children died in 2017 due to lack of oxygen. He was suspended from his post, and jailed for nine months after a criminal case of medical negligence, corruption and dereliction of duty was filed against him. But an Uttar Pradesh government inquiry last year cleared him of all charges and lauded his actions to save lives during the crisis.

However, in October last year, the Uttar Pradesh government began a new departmental inquiry against Dr Khan for spreading incorrect information about the probe report and for making “anti-government” remarks during his suspension. The government also claimed that Dr Khan “caused panic” after he allegedly forcefully entered the paediatric department of the Bahraich district hospital on September 22 last year.