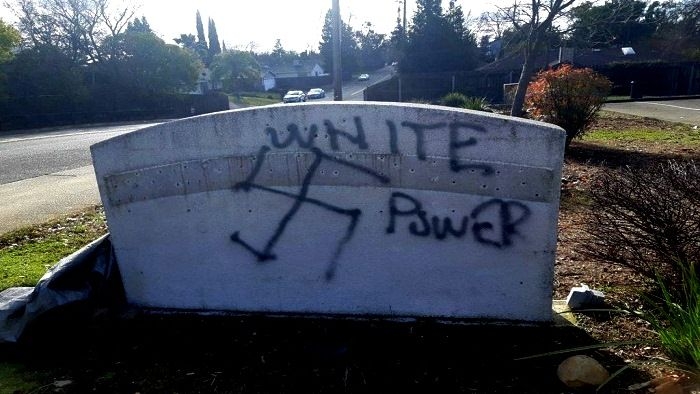 In an apparent hate crime, a Sikh Gurdwara in the US state of California has been defaced with a swastika graffiti on Monday, 13 January.

On Monday morning, people saw words “White Power” and a swastika graffitied onto the sign out front.

He said that California’s 7th congressional district is a community of diversity and inclusion, and the Sikh community is an integral part of it.

Dimple Kaur Bhullar from the Guru Maneyo Granth Gurdwara Sahib Sangat said, “we began services as of mid-December 2019, the weekend of January 10-12 we had our official Grand Opening with Bhai Sahib Harjinder Singh Ji Sri Nagarwale, without any problems. There was no negativity before this”.

In an interview to local Sacramento Bee, Harbans Singh Sraon described the actions as “ignorant” and committed by someone who doesn’t know or care to learn anything about who they are.

“If they knew what Sikhism is, they wouldn’t do it.

“That person, in my opinion, was ignorant. I wouldn’t use any other words. Once they know us, they will love us. But it’s a matter of getting together,” Sraon said.