Dantewada: Muchaki Budra, a Naxal deputy commander, who was carrying a reward of Rs 8 lakhs on his head surrendered before the security forces Dantewada on Sunday. 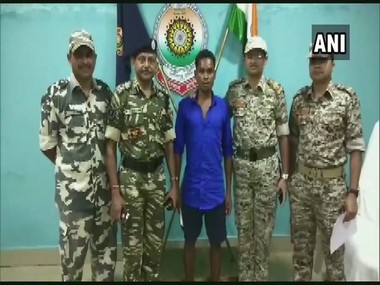 “He carried out several attacks. He was active as deputy commander of a military platoon in Malangir area committee,” Dantewada SP Abhishek Pallav told reporters here.

“He used to give training to Naxals. He has surrendered and was carrying a reward of Rs 8 lakh on his head,” the official said.

Budra’s wife, Bhime, is also a Naxalite and efforts are on to make her surrender before the police, Pallav said.

“He has been given Rs 10,000 from the administration and will be provided further assistance as part of the Chhattisgarh government’s policy,” he said.