An estimated 61 crore Indians voted during the seven-phase general election. The counting of votes is slated for 23 May.

“The next government should cut corporate tax by 5 percent, should expand income support scheme formers, abolish MSP in the next three years. There should be zero interference in agriculture.

“The cost of capital and corporate tax in India is high. The RBI is on misguided path for certainly 5-6 years. We can’t have effective real interest rate of 3.5 percent,” he said while speaking at an event organised by industry body FICCI. 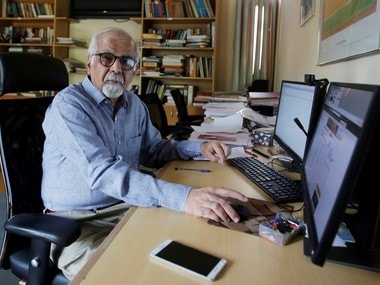 The former Economic Advisory Council to the Prime Minister (EAC-PM) member also said India is unlikely to fall in the middle income trap.

Recently, EAC-PM member Rathin Roy had said the Indian economy is heading for a structural slowdown.

On the US-China trade tensions, he said China has taken undue advantage of the world economy for a long period and it is now paying for extra advantage it took earlier.

Terming the ban on cow slaughter as anti-Muslim, Bhalla said this policy needs to go as it is hurting Indian economy also.

Asked to rate performance of Prime Minister Narendra Modi, Bhalla said it is the most inclusive government that any country has seen in the past 4-5 years.

“Modi needs to look as a visionary and in the same league as Singapore’s Lee Kuan Yew. He has the vision and mission and getting majority(in the general election) is very much part of the mission,” he said.