New Delhi: World Champion PV Sindhu on Tuesday stressed on need of more high level and qualified coaches in badminton to create more champions. She said that she has been training under a reputed coach like Pullela Gopichand for long and there are coaches from abroad as well for help but qualified national coaches can help train more players better.

She said, “Gopi sir himself has been a great player and a great coach. There are other coaches now from abroad. They have been of lot of help. But national coaches need to be much qualified, then definitely they can train more players and they will become champions. 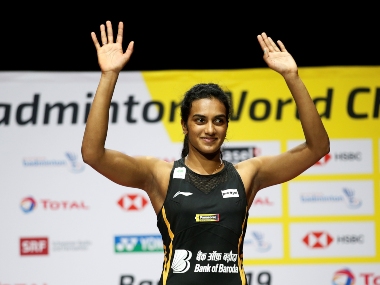 “There needs to be high level coaches, where they need to know everything about badminton to create a champion,” she added.

The 24-year-old shuttler from Hyderabad improved her defensive skills after getting help from Korean coach Kim Ji Hyun, who has been with her for last couple of months. The result was for everyone to see when she clinched gold at recently-concluded BWF World Championships, becoming the first Indian shuttler to do so.

It was not just the gold medal that thrilled the whole nation, it was the manner in which Sindhu won it. She had beaten Nozomi Okuhara in straight games by 21-7, 21-7.

While she is enjoying every bit of the much-deserved fanfare she is getting, Sindhu said that she realises she has been marked by her opponents now.

“The responsibility and pressure is now going to be more and everyone is going to mark me. I am going to work harder now. Have to come with new things, change a few. I have to come up with a new strategy now every time I go to the court,” said Sindhu on the sidelines of PNB MetLife Junior Badminton Championship (JBC) here.

The 2016 Olympic silver medalist said that her focus currently is on the upcoming tournaments, adding that Olympics is still one year away. She will be flying to Changzhou soon to take part in the China Open which begins on 17 September and then she will be playing in Korea Open World Tour Super 500 starting from 24 September.