New Delhi: The Reserve Bank of India (RBI) is expected to cut interest rates by 40 basis points before the end of the current financial year as monetary easing till now appears to be insufficient in boosting economic growth, Fitch Solutions said on Friday.

RBI on 7 August had cut benchmark repurchase and reverse repurchase rates by an unconventional 35 bps, slightly higher than market expectations of a 25 bps cut.

“Given that the extent of monetary easing in 2019 year-to-date still appears to be insufficient in lifting economic activity, we at Fitch Solutions now expect the RBI to cut its policy interest rates by a further 40bps by end-March 2020,” it said in an outlook for Indian interest rates. 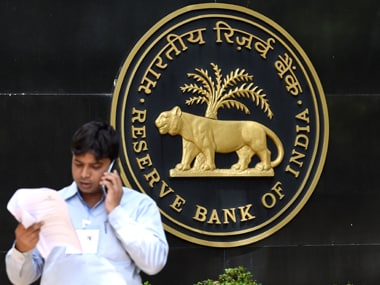 But this has not yet led to a boost in economic activity. While the growth rate has slowed to a five-year low, consumer confidence is waning and foreign direct investment has plateaued. The auto sector is also facing its worst crisis in two decades and reports suggest thousands of job losses in the automobile and ancillary industry.

In the real estate sector, the number of unsold homes has increased while fast-moving consumer goods (FMCG) companies have reported a decline in volume growth in the first quarter. Moreover, lending to job-creating MSME sector has slipped.

It forecasts real GDP growth in the current 2019-20 at 6.8 percent, slightly below the RBI’s downwardly revised 6.9 percent projection for the fiscal year.

“A rebound in private consumption and investment following the RBI’s monetary easing inform our view for growth to pick up over the coming quarters” from the 5.8 percent in January-March, it said. “Additionally, favourable base effects will also support FY2019/20 growth.”

However, India’s growth rebound would be capped due to a deteriorating external outlook as well as borrowing constraints due to the collapse of several large non-bank financial companies (NBFCs), which would limit prospects for consumption growth, it said.

“Additionally, we note that 75bps worth of interest rate cuts between February and June has only translated to 29bps worth of cuts to the weighted average lending rate (WALR) of fresh rupee loans, according to the RBI, which shows poor monetary policy transmission. As such, we see scope for further monetary easing over the coming months in the central bank’s bid to spur growth towards its projected level,” it said.

Fitch said poor monetary policy transmission as a result of high non-performing loans (NPL) in the banking sector continues to be a major impediment to lower interest rates.

“In our view, the RBI appears to be taking a softer stance towards NPL resolution as compared to under its previous governor, Urjit Patel. As such, we believe that the problem of poor monetary policy transmission is likely to persist for the foreseeable future.”

This, it said, could see the RBI deliver steeper interest rate cuts than in tandem with a fiscal stimulus package currently being formulated by the government to support economic activity.

Fitch maintained its forecast for overall inflation to remain weak and to average 3.8 percent over FY2019/20, below the 4 percent mid-point of the central bank’s 2-6 percent inflation target range.

“Our view continues to reflect our expectation for a gradual pick-up in inflation from 3.2 percent y-o-y in July. We believe that subdued inflationary pressures will also provide room for the central bank to prioritise growth and cut interest rates further to support economic activity,” it said.

While still relatively benign, food inflation has been on an uptrend, and this trend may persist over the coming months due to lower crop production, exacerbated by unfavourable growing weather, Fitch said.

“Our view for previously low crop prices to prompt production cutbacks in the ongoing growing season appears to be playing out as according to the RBI, the total area sown under kharif crops was 6.6 percent lower than a year ago.”

The late arrival of monsoon rains as well as floods caused by the excessive rainfall in Peninsular and Central India, covering the agrarian states of Maharashtra, Andhra Pradesh, Gujarat, and West Bengal, amongst others, may negatively impact crop yields in the ongoing Kharif growing season from July to October, pushing up food inflation.

That said, the rise in food inflation would be partially offset by weak inflation in the ‘fuels and lighting’ category on the back of lower average oil prices.