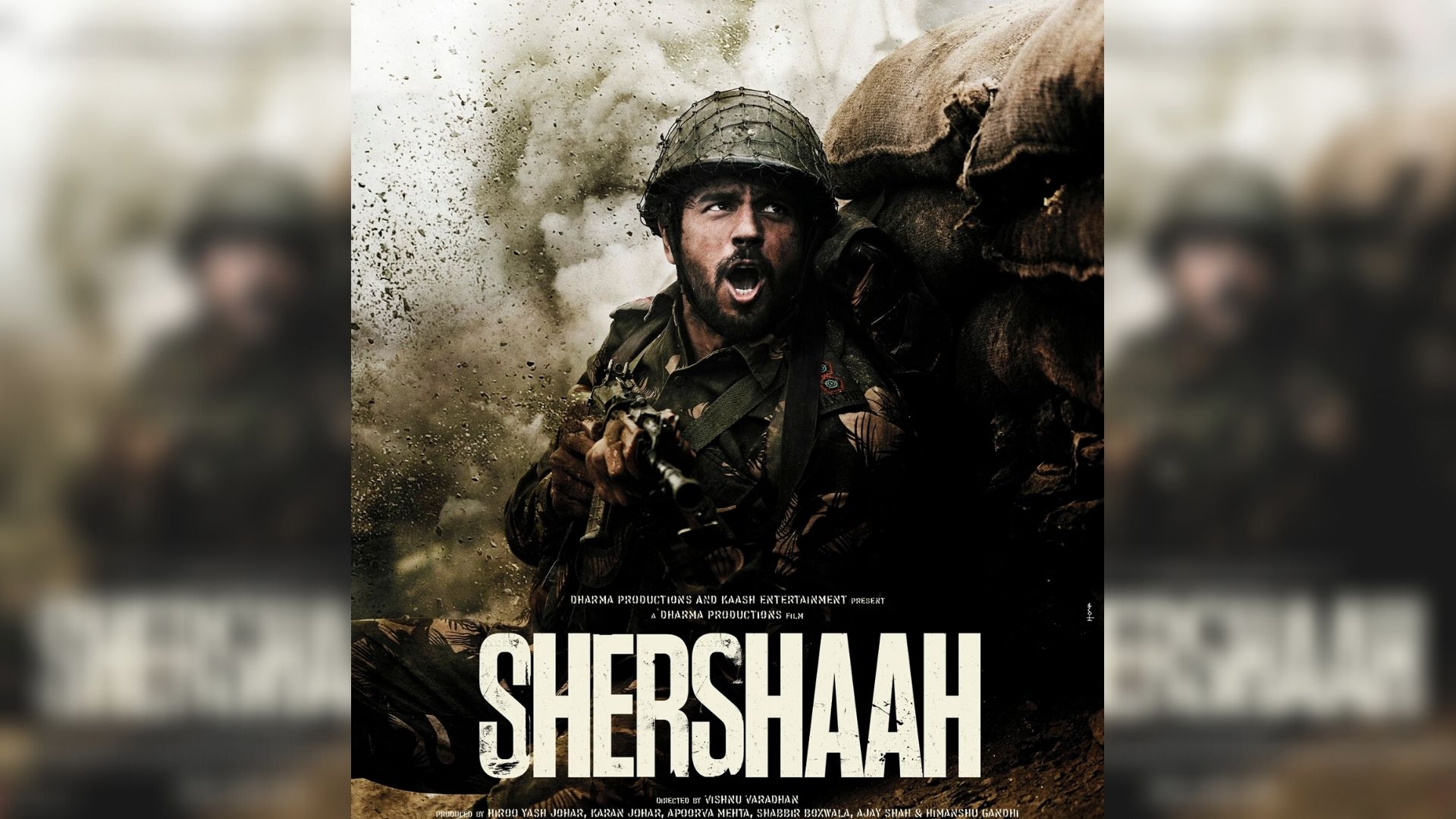 The first look posters of Dharma Productions’ Shershaah are here, and they show Sidharth Malhotra’s various looks as Captain Vikram Batra. Sharing the posters on Twitter, Sidharth wrote, “An absolute honor to be able to paint the big screen with the shades of bravery & sacrifice. Paying an ode to the journey of Captain Vikram Batra (PVC) and bringing the UNTOLD TRUE STORY with #Shershaah. Releasing 3rd July, 2020.”

The three posters show Sidharth in the battlefield with many other soldiers. Directed by Vishnu Varadhan and backed by Karan Johar’s Dharma Productions, Shershaah also stars Kiara Advani.

Vikram Batra was inducted as a lieutenant in the 13 JAK Rifles on 6 December 1997, and promoted to the rank of Captain during the 1999 Kargil War between India and Pakistan. Often referred to as Sher Shah by the Pakistani Army, Batra was martyred at the age of 24, on 7 July 1999, defending Point 4875 in Kargil and was posthumously awarded the Param Vir Chakra for his service to the nation

Sidharth and his crew began filming in Kargil in August and quashed rumours that the shoot had been postponed following rising tensions in the Valley over the revocation of Article 370 of the Indian constitution.“All the war sequences will be shot for 40 days. True, there is unrest in the Valley but places like Leh, Ladakh and Kargil are quite peaceful. The Army is providing us all the support and even the people are excited,” the film’s producer said in a statement.