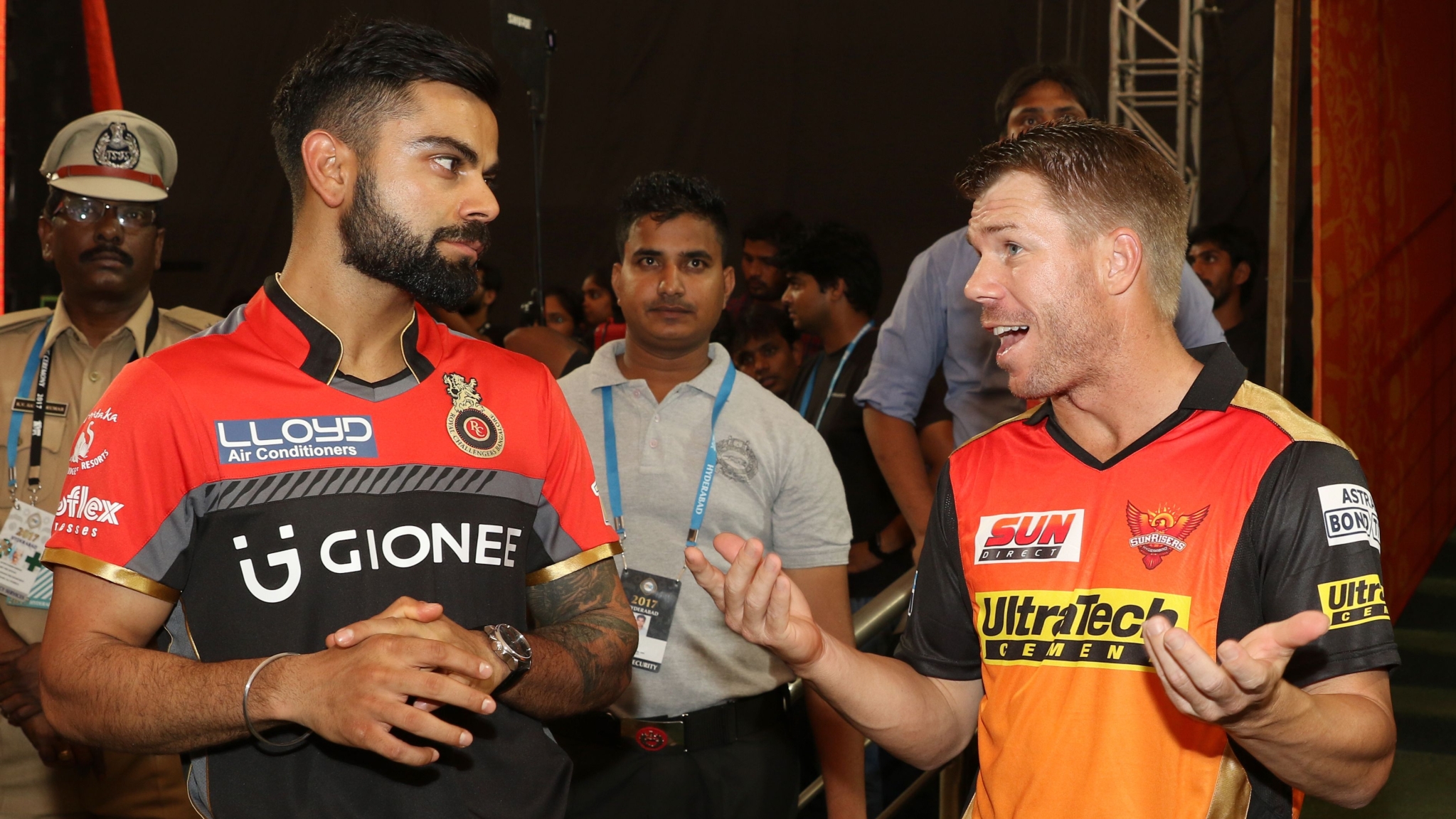 David Warner’s unbeaten 258-run stand with skipper Aaron Finch helped Australia beat India in the ODI series opener on Tuesday but in a video posted by his IPL franchise Sunrisers Hyderabad, the opening batsman talks about his relationship with the Indian skipper off the field.

‘The biggest thing about him is that he’s a competitor. The way he goes about it, he’s got a humble nature about him but on the field, he’s determined to always win. Sometimes, we head-butt on the field. When we’re on the field, we’re looking at each other, smiling, nodding and if it’s quiet, it’s quiet,’ says Warner in the video.

Warner also talked about the time his daughter said she was Virat Kohli while playing backyard cricket with her parents and sisters.

‘We were watching a replay on tv and Virat was playing. She came outside and started playing and said ‘I’m Virat Kohli’. I was like ‘what?’. ‘You watch me, you watch the other guys play and you watch one snipper of Virat and you want to be Virat Kohli?’. Kids are beautiful,’ he said.

Talking about the India series he said, ‘It’s going to be a great battle and I’m looking forward to it. Waiting for Virat to invite me for dinner. I’ve got my phone here waiting, Virat’.