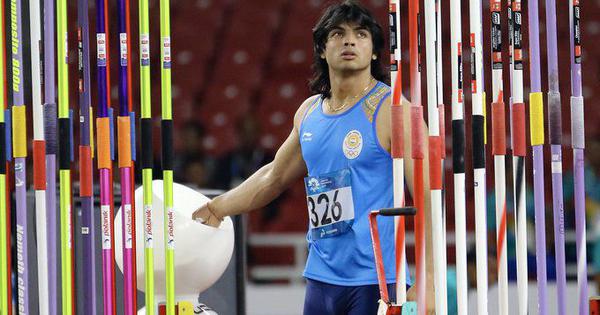 Javelin thrower Neeraj Chopra had been out of action for over a year due to an elbow injury and doubts were being raised over his ability to hit the stride quickly on his return.

But the former junior world champion allayed all those fears in his very first competition when he threw the javelin 87.86m in Athletics Central North East Meeting held at Kenneth McArthur Stadium in Potchefstroom, South Africa.

The Commonwealth Games gold medallist had entered in a couple of tournaments in the past few months but withdrew at the behest of the Athletics Federation of India, which wanted him to recover completely before making a comeback.

The decision seems to have worked wonderfully well as Chopra did not only prove that he has completely recovered but also managed to clear the automatic qualification mark for the Tokyo Olympics.

There is still some confusion over the performance will be counted towards Olympic qualification but AFI is confident that the meet had all the required permissions to be eligible for qualification.

You can watch Chopra’s effort below: