What If An A.I. Wrote Your Favorite Games 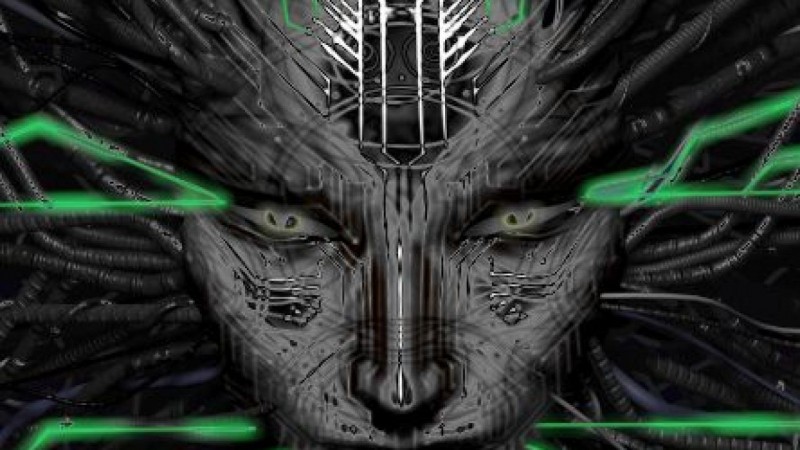 You’ve probably heard that the machines are coming for our jobs … and eventually our bodies. But what does this strange, machine-run future look like? To gain a sneak-peek into that world, we asked the A.I.-based text generator InferKit to rewrite some of our favorite games, and the results ranged from hilarious to outright eerie. Below are the A.I. rewrites – the seed text is in bold, and everything else is machine-generated.

The inmates of Arkham Asylum have been set free – and it’s up to Batman to bring order to the chaos and take back the asylum. Along the way, he reunites with some old allies and discovers an even deeper secret: he isn’t the only one with a destiny, and this time, his isn’t a fairy tale. What you don’t know? It was designed by God to save his people. It has the power to send every human back to Heaven and reunite them with God. So why does the Great Spirit keep it locked away? And what’s with that smell, anyway?

The Last of Us

Joel and Ellie, brought together by harsh circumstances, must survive a brutal journey across the U.S. in a dangerous post-pandemic world. Two best friends, Joel and Ellie, survive the end of the world in a semi-ancient survivalist park. Traveling across the United States in search of food and water and finding more unexpected friends along the way. Endlessly imaginative, inspiring, and sometimes terrifying, this is an original survival adventure, like no other. This is the first book in a trilogy. There are four books.

The Mushroom Princess is being held captive by the evil Koopa tribe. It’s up to you to rescue her before time runs out. The green plumber’s missions also include helping a doll-like Princess Kameeze find the Unicorn Rod. Going back to the original Super Mario Bros., Yoshi’s sidekick is Super Mario Bros. 3’s Yoshi. And in Super Mario World, the mushroom-shaped dinosaur is the gamer’s little brother. These companions give Mario new abilities when he picks up the controllers or stomps on certain power-ups in games. Copyright 2017 WTVM. All rights reserved.

A dark presence stalks the small town of Bright Falls, pushing Alan Wake to the brink of sanity in his fight to unravel the mystery and save his love. Based on the comic book series If I Hadn’t Met You Eduard, a husband and father who loses his family in a tragic accident, travels to parallel universes to seek a better fate for his beloved wife. This drama series tells the astonishing true story of Israel’s most prominent spy who infiltrated the Syrian government in the 1960s.

America, 1899. The end of the wild west era has begun. After a robbery goes badly wrong in the western town of Blackwater, Arthur Morgan and the Van der Linde gang are forced to flee. But at every turn, the traveling robbers find themselves faced with unintended challenges. Deep in the wilds of Iowa, they encounter the terrifying Mandrake, whose head is a hive of ravenous monsters … and who are on the lookout for fresh bodies. One by one, the members of the gang are picked off, revealing the truly terrible fate that awaits those who cross the Mandrake.

Despite his unstable nature, Arthur is a gifted con man, as well as an expert marksman, skilled guitarist, master carpenter, and above all, a man of extraordinary cunning and resourcefulness. Trapped in a world where he never seems to fit in, can the mysterious detective help the dark-haired, blue-eyed half-Irish half-African boy realize his destiny, or will he become another statistic?

The loss of the Seven-Hour War is still fresh. In the shadow of a rising Combine fortress known as the Citadel, residents of City 17 learn to live under the rule of their invaders. But among this scattered population are two of Earth’s most resourceful scientists: Dr. James Vega and John Baxter. Dr. Vega builds a time machine and contacts John, offering his assistance and guaranteeing his safety. Together, the two of them make a plan: they will travel back to 1984, to try to convince then-President Elizabeth Shower to negotiate with the Combine.

This world doesn’t need a hero. It needs a professional. Enter the witcher, one of the last monster slayers for hire. Joslyn Mael: Most famous for the notorious Hollows murder case. I will not get too much into my life and profession. You’ll have to make your own judgments. It’s a long story and a very long time ago. Suffice to say, I grew up as a very strong child, and even though my parents were terrified of me, they also wanted me to know how to defend myself and use my right hand for good. I grew up, bought my own gun, got a job, and the rest is history.

Indebted to the wrong people, with his life on the line, veteran of the U.S. Cavalry and now hired gun, Booker DeWitt has only one opportunity to wipe his slate clean. Escape the dark lands of Borderlands, a politically unstable nation in the not-too-distant future and repair his marriage before it’s too late. His target? The mysterious anarchist villain Cipher. The result was Titanfall, a rebooted brand-new shooter where different modes could be combined together seamlessly. Set in the city-sized spaceport of Forward Operating Base, the map editors allowed for a dozen ways to play the game, from quick engagements to mission-based battles.

Bent on humankind’s extermination, a powerful fellowship of alien races known as the Covenant is wiping out Earth’s fledgling interstellar empire. It is a fight for survival. For their children’s future. For the survival of the entire universe. A fight they are counting on you to join. In the original Halo, Master Chief leads a team of expert Spartans – along with an armored knight from an alien civilization – to face the Covenant in an epic struggle that will test your abilities, test your brotherhood and test the fate of the entire universe.

In Midgar, a city controlled by the mega-conglomerate Shinra Inc., the No. 1 Mako Reactor has been blown up by a rebel group, Avalanche. Avalanche leader Taiki Masaki has been seen walking amongst the ruins and filming the wreckage. In the Shinra Control Room, Shinra Corporate Executive Officer Hiroshi Amano tries to stop Shinra’s CEO Tetsuya Tojo from starting a catastrophic weapon of mass destruction. Founded by three children born of Digimon-like monsters, Avalanche was believed to be destroyed when Mako Reactor 1 exploded, but the video footage proves otherwise.

What do you think? Will we be playing A.I.-written games next year?

How to Complete the Battle Pass in Genshin Impact

How to Win the Grange Display Contest in Stardew Valley

Pitch was quite unresponsive on fifth day, outside edge was out of equation: Rahul Dravid | Cricket News