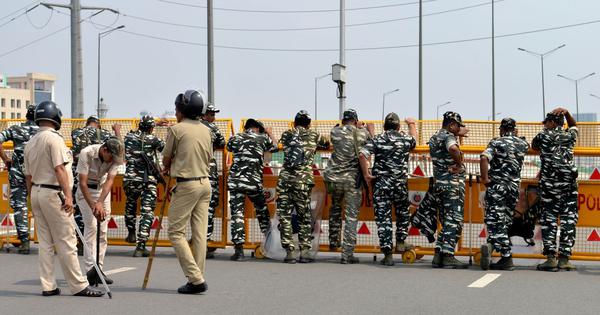 Congress General Secretary Priyanka Gandhi on Saturday took a dig at the Centre over a farmers’ protest, and accused it of preventing them from entering Delhi to raise their demands. Most of the thousands of protestors are from western Uttar Pradesh districts close to the national Capital.

“What is the reason that farmers are being prevented from coming to Delhi and raising their demands?” she asked in a tweet on Saturday afternoon. “The BJP government, in its campaigns, talks about the welfare of farmers. But when farmers of Uttar Pradesh say they want sugarcane arrears, loan waiver and cut in electricity prices, why are they not allowed to speak?”

The farmers started marching from Uttar Pradesh’s Saharanpur district on September 11 under the banner of Rashtriya Kisan Sangh. They are demanding 15 things, including release of pending sugarcane dues, full loan waiver and free electricit.

On Saturday morning they began walking towards Delhi from Noida’s Transport Nagar after talks between the Bharatiya Kisan Sangathan and the Ministry of Agriculture failed. They were stopped by the police near Ghazipur on National Highway 24, NDTV reported. “Why are farmers not allowed to go upto Kisan Ghat?” asked a farmer. “Is Section 144 imposed? They are destroying the farmers?”

Later in the afternoon, Bharatiya Kisan Sangathan’s President Puran Singh told ANI that the government had agreed to five of their demands. “The agitation has not been called off, it is just a temporary arrangement, we will meet PM after 10 days for the remaining demands,” he added. “If they [government] agree to all of our demands we will call off the agitation and if not, we will start an agitation from Saharanpur again.”

The farmers’ protest caused traffic jams in Noida as well as the Meerut-Delhi Highway. Traffic movement near Noida Sector 62 was also disrupted. Paramilitary forces were deployed along the route of the march.